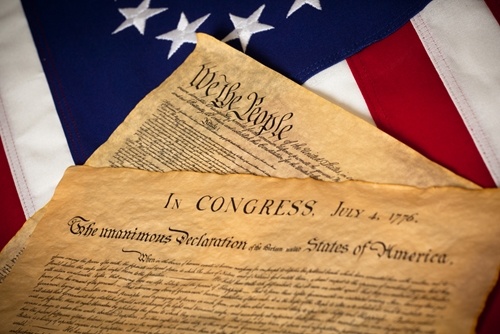 If you’re homeschooling or a history buff, try these assignments this year.

Since travel nurses enjoy the freedom to choose where they work (at least four times a year), we highly recommend the following historical locations for traveling families that are homeschooling, or who simply have a penchant for history. Enjoy a job you love while immersing yourself (or your kids) in this country’s rich narrative, in our top five historical cities:

It only makes sense that our nation’s capital tops the list. Taking an assignment in Washington, D.C. grants you access to the National Mall, the White House, the U.S. Capitol building and so much more. According to the locale’s official tourism website, you can view these attractions in one sweep by boarding a tour bus with DC Trails.

Founded in 1670, Charleston has roots in American history from the birth of this country through to the Civil War. While there are plenty of museums and galleries in Charleston, one need only walk along the cobblestone streets of the downtown area to feel and see the city’s rich history. On foot, you can get up close and personal to 18th century Victorian homes, plantations and churches.

According to the metropolis’s official website, Boston is one of America’s oldest cities, with origins dating back to 1630. Beyond serving as a great spot for history buffs, Boston may yield greater paychecks for travel nurses. According to the U.S. Bureau of Labor Statistics, Massachusetts serves as one of the top five places for registered nurses to earn higher-than-average wages. The state’s mean annual income for this profession is $88,650, which is higher than the nation’s median yearly pay of $67,490.

Take a travel nursing assignment where America was born by working in Philadelphia. Visit the Liberty Bell to see the symbol used by an array of historic freedom fighters from Native Americans to war protestors. Walk into the very same building where the Founding Fathers signed the Declaration of Independence by touring Independence Hall. Use the Official Historic Philadelphia Trail as your guide to make sure you don’t miss any must-see spots like the Benjamin Franklin Museum or the National Constitution Center.

Now this might seem like a relaxation escape, but Honolulu offers plenty of attractions for the travel nurse familiy that’s homeschooling or simply enjoys history. You can dive into the infamous WWII attack by traveling to Pearl Harbor, a short drive from the heart of Honolulu. Or you can expand your horizons by visiting Iolani Palace. According to Travel + Leisure, this regal site was once home to Queen Liliuokalani and King Kalakaua, the Polynesian monarchs. You can also check out the Kaniakapupu ruins, the former summer home of King Kamehameha III, on your days off.