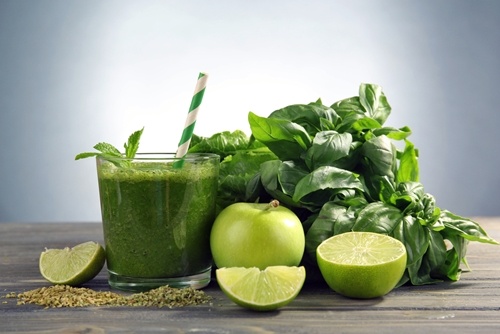 Learn about some non-caffeinated drinks to keep you going through those long shifts.

Nurses work long hours, which means those who avoid energy drinks are few and far between. If you’re one of those nurses who can’t begin a shift without stopping at the local cafe beforehand, you might have wondered if there was a healthier energy solution. Coffee and energy drinks rely mostly on caffeine to give you a buzz, but that burst of energy can often fade quickly and leave you feeling lethargic or sleepy. And pouring more caffeine on top of that is a sure recipe for the jitters. Read on to learn about some non-caffeinated drinks to keep you going through those long shifts:

For a light and natural drink, you can’t go wrong with coconut water. According to Natural Living Ideas, coconut water can help replenish your electrolytes, the minerals that aid muscle movement and nerve function. On top of that, coconut water contains potassium, magnesium and calcium. It won’t keep your heart rate up like caffeinated drinks do, but its hydrating effects should be exactly what you need in the middle of a 12-hour shift.

Recently, many canned energy drinks have added acai berries to their ingredient lists. This is because acai berries have a number of nutritional benefits, including giving you an energy boost. Mercola noted that acai berries contain healthy amounts of oleic acid, antioxidants and dietary fiber. You can make your own acai berry smoothie at home by combining a cup of acai juice with equal parts ice, bananas, strawberries and blueberries. Sip on that during your commute and you’ll be fully energized in time for your shift to start.

The combination of beets and wheatgrass might not sound immediately appealing, but when made into a refreshing smoothie with a bit of added sweetener, it can actually be a great way to start your day. According to Green Blender, both plans make great detoxifiers and they can give you a serious boost of energy. To make a delicious smoothie, combine half a cup beets, a quarter cup mango, a teaspoon wheatgrass, a quarter inch ginger, 1 cup water and 1 cup ice.

Skip the caffeine and head for the citrus instead. There’s a reason that orange juice is such a classic breakfast drink. The acid found in lemons actually turns into an alkaline in your stomach, which can help to balance your internal pH levels. For a super boost of citrus in the morning try this recipe suggested by Everyday Roots: Combine two cups water with half a cup fresh orange juice, a quarter cup fresh lemon juice, a pinch of sea salt and 2 tablespoons honey.

To make your own natural energy drink at home, you only need to combine a few ingredients you probably already have in your kitchen. This drink is inspired by a recipe from the Food Network: Brew one gingko tea bag with another herbal tea bag of your choice, then stir in the juice of half a lemon and sweeten to taste. You can enjoy this drink hot or over ice.